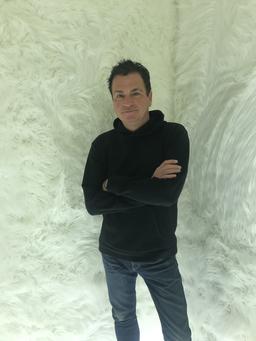 Welcome to The Truth, a novel concept in the 21st century. While the Web has paved new avenues of media creativity, it also enables irresponsibility in news reporting. I know this too well, having experienced a fallacious 2010 Los Angeles legal case accompanied by reckless, inaccurate and incomplete coverage. Never, when I studied journalism in college, did I think I’d one day create a Web page intended to correct and clarify false stories. I first corrected media lies in my detailed e-book — ``The System’’ — about a case that was dismissed and expunged years ago and one in which I never acknowledged guilt. Media sites never bothered to complete their reporting after initially publishing false allegations, and they neglected to report my favorable outcome in an attempted 2011 civil suit, which failed after my attorney was allowed to present a wealth of discoveries and witnesses concerning false claims. As a nationally known columnist and commentator, I became a target for smears that rendered me helpless legally because of my status as a public figure.

The Web enables the irresponsibility of hacks who have no interest in responsible, corroborative journalism. I suppose it’s healthy for a journalist to be a news subject from time to time, though it’s happened beyond my control too often, such as when twice-since-fired baseball manager Ozzie Guillen called me “a (bleeping) fag” and lit a national discussion on homophobic comments. Mark Leibovich made news as author of “This Town,” a best-selling book about the Washington political landscape, and wrote this about the fallout: “I will say that it can be a valuable experience for any reporter to be on the other side of the phone or notebook once in a while. You learn firsthand how others go about their work, for better or worse. Plus, you can’t help but become more empathetic in your own reporting going forward.”

So consider this page a clearinghouse, such as when GQ wrongly accused me of using a videotape of a wobbling ESPN executive to extort the network into giving me story assignments. GQ was forced to issue a retraction/correction under legal pressure; on an accuracy scale of 1 (wrong) to 100 (right), that one registered at negative-10, and GQ should stick to stories on skinny jeans. Also, when I chose to leave the Chicago Sun-Times amicably and hand back seven figures in guaranteed salary, the subsequent hatchet jobs and smear campaigns in Chicago and beyond — which lasted for years — required an accurate narrative.