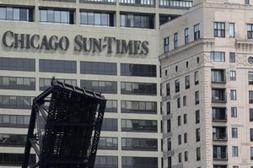 Truth be known, I did not leave Chicago after a rollicking 17-year column-writing career because I was fired, rolled into Lake Michigan by one of Jerry Reinsdorf’s henchmen or left to burn in a french fryer at Ditka’s restaurant. I departed on my own terms while handing back almost $1 million in guaranteed contractual money. I resigned because the newspaper for which I worked, the Sun-Times, was a corrupt little insane asylum that had no vision of a digital future and had become a microfarce of its former pugnacious self.

Read Why I Left Chicago 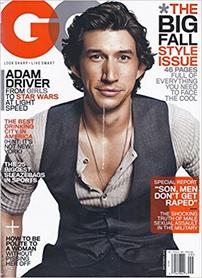 In its September 2014 edition, GQ magazine all but accused me of extortion in an absurdly false report — claiming I used a camera-phone video of an ESPN executive to coerce the network into giving me assignments. It is a lie that would be laughable if not so damaging and such a reckless disregard of the truth. The author of the GQ story, from the trashy Deadspin site, never bothered to contact me or my representatives about this allegation and apparently didn’t bother to check a Deadspin story about the matter that never connected me to a camera-phone video.

So, we contacted GQ.

Welcome to The Truth, a novel concept in the 21st century. While the Web has paved new avenues of media creativity, it also enables irresponsibility in news reporting.