Jay Mariotti is one of America’s prominent commentators, known for his award-winning journalism, challenging opinions, deep knowledge and passionate approach to sportscasting and sportswriting on all platforms. He has covered every major event nationally and worldwide on numerous occasions, including 14 Olympic Games and 26 Super Bowls, and has closely chronicled all the major newsmakers and issues of his time.

Mariotti hosts the ``Unmuted’’ podcast — no longer interrupted by muting in the highest-rated years of ESPN’s ``Around the Horn’’ — and addresses the biggest sports topics in his commanding style inside a brisk, 30-to-40-minute audio window. ``Unmuted" is available at jaymariotti.com, on his Twitter feed (@MariottiSports) and on download sites at Apple, Google, Podbean and Spotify.

His most visible work includes eight years as a regular panelist on ``ATH,’’ ESPN’s TV debate show, and 17 years as Chicago’s dominant sports columnist at the long-since-faded Sun-Times. Later, he had a successful run as sports director and columnist at the San Francisco Examiner, where he won 2016 praise for column writing in judging for the California Newspaper Publishers Association contest.

He also wrote a book about his life and career, ``The System,” published by Amazon. And he became one of the first commentators to develop multimedia content — daily radio show, full-length columns, topical videos and podcasts — for a national independent website. ``The System’’ in part chronicles a legal case involving false allegations that were quickly dismissed and expunged by a Superior Court judge in Los Angeles, meaning Mariotti was not convicted. Mariotti also prevailed in a 2012 civil case that also went unreported in the media.

In the profession, Mariotti is regarded for his wide range of topicality and myriad experiences. He could be commenting one minute on the NFL’s brain trauma crisis, the next on why media often are reckless and wrong when commenting on legal cases, the next on how President Trump routinely impacts sports, the next on why greedy leagues and media networks are gouging viewers and jeopardizing the industry long-term, the next on why Lambeau Field is the best venue in sports, the next on why Steph Curry and J.J. Watt remain American dreams, the next on why we should pay more attention to the Iditarod, the next on something fun or captivating in life, the next on why baseball is slowly dying in American culture. It’s vital to have independent voices who aren’t stifled by institutional filters. Mariotti fills the void, recognizing that sports has taken complex and unprecedented turns and why the need for robust, serious commentary and legitimate investigative reporting is stronger than ever. Sports should be covered by commentators who are editorially and financially detached from the big mechanism — including big media — and respectful that fans are consumers who invest passions, minds, time … and wallets. Mariotti never has forgotten that, when so many of his sports media brethren have sold out and so many sports media companies have chosen to operate on the cheap with irresponsible hires.

You want real? This is powerful, dedicated, experienced, legiitmate and responsible reality, grounded in fact, with no hint of fake news from a commentator who has dealt with his share of it. 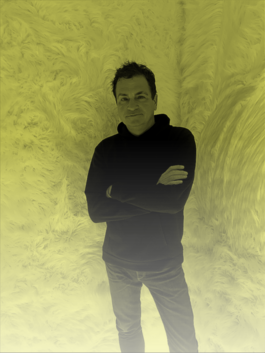